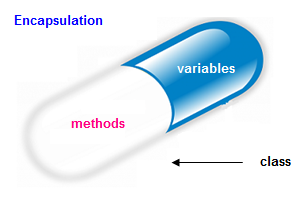 When a host transmits data across a network to another device, the

data is encapsulated with protocol information at each layer of the OSI model.

Each layer communicates only with its peer layer on the receiving device.

To communicate and exchange information, each layer uses what is known as

OSI model. Each PDU has a specific name depending on the information each header has.

Each segment is sequenced so the data stream can be put back together on the receiving side exactly as transmitted.

Logical addressing, for example, IP, is used to get each segment to the correct network. The Network-layer protocol adds a control header to the segment handed down from the Transport layer, and it is now called a packet or datagram. Remember that the Transport and Network layers work together to rebuild a data stream on a receiving host.

However, they have no responsibility for placing their PDUs on a local network segment, which is the only way to get the information to a router or host.

layer and placing them on the network medium (cable or wireless). The Data

Link layer encapsulates each packet in a frame, and the frame’s header carries

the hardware address of the source and destination hosts. If the device is

on a remote network, then the frame is sent to a router to be routed through

an internetwork. Once it gets to the destination network, a new frame is used

to get the packet to the destination host.

To put this frame on the network, it must first be put into a digital signal.

Since a frame is really a logical group of 1s and 0s, the Physical layer is

responsible for encapsulating these digits into a digital signal, which is read

by devices on the same local network. The receiving devices will synchronize

point the devices build the frames, run a cyclic redundancy check (CRC), and

then check their answer against the answer in the frame’s FCS field. If it

matches, the packet is pulled from the frame, and the frame is discarded.

This process is called de-encapsulation. The packet is handed to the Network

pulled from the packet, and the packet is discarded. The segment is processed

at the Transport layer, which rebuilds the data stream and acknowledges to

the transmitting station that it received each piece. It then happily hands the

data stream to the upper-layer application.

At a transmitting device, the data encapsulation method works as follows:

1. User information is converted to data for transmission on the network.

2. Data is converted to segments and a reliable connection is set up between the transmitting and receiving hosts.

3. Segments are converted to packets or datagrams, and a logical address

is placed in the header so each packet can be routed through an internetwork.

4. Packets or datagrams are converted to frames for transmission on the

5. Frames are converted to bits, and a digital encoding and clocking

scheme is used.
Finally data Encapsulation is sometimes referred to as data hiding that prevents the user to access the implementation details.