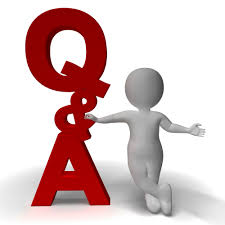 Routing is a process or protocol used in finding a path through which data can pass from source of one network to the destination of another network.
Routing is configured in devices called routers, which are network layer 3 devices.

Explain the key Advantages of using Switch in a network?.
When a switch receives a packet, it creates a frame out of the bits that were extracted from that packet. In this way, it gains access and memories the destination address, after which it forwards that frame to the appropriate port. This is one of the best means of data trans­mission, instead of storming all ports with packets.
Explain windowing in Cisco networking terms?.
A Window is simply the number of segments that are allowed to be sent from source to destination before an acknowledgment is sent back.
Outline one Advantages of bridge in a network?.
A bridge does not divide a network rather takes up a large network and filters it, without changing the size or the information of the network.
Name the Different Memories used in Cisco routers?
Different memories used in a CISCO router includes –
Non Volatile RAM –used in storing the startup configuration file.
Dynamic RAM – used in storing the configuration file that is being executed
Flash Memory – it stores the Cisco IOS
Differentiate between User Mode and Privileged Mode.
When using a CISCO router, User Mode is mainly used for a regular task which includes viewing system information, connecting to remote devices, and checking the status of the router.
While privileged mode allows all options which are available on User Mode, plus numerous other options. In Privileged mode, all cisco commands and  configurations can be input into the router, including testing and debugging as well.