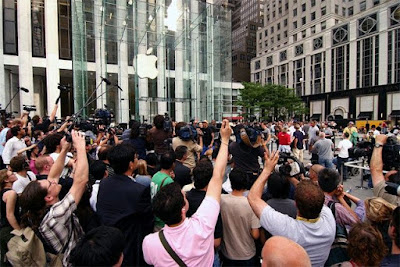 September is by the corner and we all look forward to what Apple have to unveil during this year’ s annual iPhone launch event .

hopefully Apple will be launching three devices this year as well, but unlike last year where the odd-one-out, the iPhone X, was the most premium variant, this year the third variant is anticipated to be the cheapest.

The third iPhone 2018 model is expected to sport an LCD display, a single camera setup at the front and back, and no 3D Touch. iPhone SE, given that it will be priced rather reasonably.
New leaks now confirm more details on this variant, and also confirm that the most-awaited Apple launch event may happen on September 12.

Report by German publication Macerkopf suggests that the Apple launch event is set for September 12 and pre-orders will begin from September 14.

It claims to have sourced this information from German carriers, and the report states that the event will be held at the Steve Jobs Theatre. Finally, it claims that the actual sales could begin from September 21.

The names of the three Apple iPhone models this year are still under debate, but whatever they may be called, Apple is expected to price them aggressively.

Also, the company is expected to do guerrilla marketing this year in India, with sales and marketing strategies being revamped, and retail partnerships scanned thoroughly for more sales, a recent report from Bloomberg states.

There’s also expected to be a dual-SIM variant of the iPhone (possibly the cheaper variant), but it’s expected to be only China exclusive.
The two other variants are expected to be – one iPhone X successor and one 6.5-inch iPhone X Plus with the most premium features.