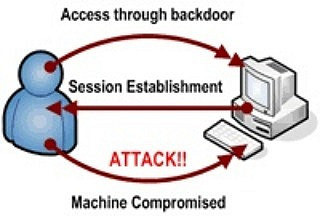 A distributed denial attack is a type of attack that uses multiple device on disparate network to lunch the coordinated attack from many simultaneous sources. These can sometimes be be difficult to differentiate from traffic spike when they first begin.

The attacker, introduce unauthorized software called zombie or drone that direct the device to lunch the attack.
A botnet in other hands is a collection of internet-connected programs communicated with other similar programs in other to perform tasks that can be used to send spam email or participate in DDOS attacks.
When we look in inward we will see that a botnet itself  is a set of device that has being  infected by a control program called bot that enables attackers to exploit them and mount attacks. Typically, black hat use bots for distribution denial of services, or DDOS attacks sending spam email, mining of personal information or passwords