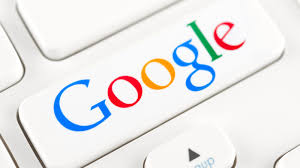 The recent buy from Google now allows you to get a website domain name ending in .app, releasing its monopoly on the top- level domain after three years. Google acquired the top-level domain .app in 2015.

During the ICANN’s public auction, Google succeeded in getting the top-level domain, paying just a hair over $25M for the rights to .app, This is the highest amount so far offered in history of

purchasing, triple the price of the previous record-holder, Dot Tech LLC and its $6.8 million winning bid this past September for the rights to .tech.

For the record, top-level domains are the last part of a domain name, which comes in form of .com or .org. And now we have .app was among the  most highly desired website domain by developers who take their turn in app developing  to allow their site tally very well with name ‘apps’ so that visitors will be aware they are on the app site. As Google puts it in its press release, “Even if you spend your days working in the world of mobile apps, you can still benefit from a home on the web.”

Google claims .app is the first top-level domain to require HTTPS encryption. Most sites already use HTTPS encryption, so while it’s not exactly new, it could help tackle the 32 percent of the internet that’s still not encrypted with HTTPS, according to numbers from Mozilla.

Starting from  May 7th, users, who have so long for this can thenregister .app domains through Google’s Early Access Program, and they can pay more to secure other domains before the general public can get to them. After May 7th, .app domain availability is open to the public through sites like GoDaddy, Google Domains, or name.com. You can currently check what domain names are available through get.app.