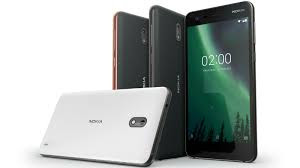 The latest update for the Nokia 2 doesn’t include any noticeable changes, though it brings the new Android security patch, as reported by NokiaPowerUser. You can check the availability of the fresh update by going to Settings > About phone > Software updates. It is recommended to back up your data before proceeding with the update process.

Google claims that there are no reports of active customer exploitation or abuse of the newly reported issues. Launched in October last year, the Android Nougat-based Nokia 2 sports a 5-inch LTPS HD (720×1280 pixels) display and is powered by a quad-core Qualcomm Snapdragon 212 SoC, coupled with 1GB of RAM. The smartphone has an 8-megapixel rear camera sensor with an LED flash and a 5-megapixel front camera sensor. Besides, it packs a 4000mAh battery that is touted to deliver up to two days of power on a single charge.