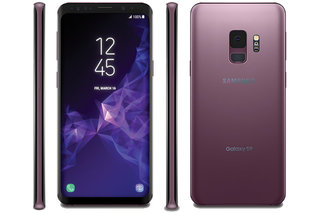 According to the source, Samsung Electronics Gulf says pre-orders for its latest flagships, the Galaxy S9 and S9+, outpaced those of its predecessors.
The company revealed that the S9+ is the more popular choice in the country; until March 7, pre-orders for the 5.8-inch S9 comprised 40 per cent of the demand, while the 6.2-inch S9+ got the lion’s share with 60 per cent.

Demand was so high that pre-orders were exhausted at some retailers in the UAE. Samsung, however, has guaranteed that more supplies will come to cater to all customers.

For the S9 and S9+, Samsung focused on upgrading the camera and, so far, initial reviews have been favourable.

The UAE’s smartphone market grew 2 per cent in 2017, Samsung says its growth was double at 4 per cent, quoting figures from research firm GfK.

The Galaxy S9 and S9+ also come with the new built-in Samsung Members app, which provides its users with exclusive rewards that are regularly updated. Among the companies who have tied up with Samsung are Apparel Group and Marriott International Hotels. Galaxy Entertainer, which provides buy-one-take-one offers, is also back.