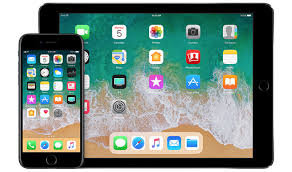 Apple on 17th January has come up with a big one iOS11.2.5 beta 6 update to developers, just a week after seeding the fifth beta and some few weeks after releasing iOS 11.2.2, these series of  ongoing updates are designed to mitigate a serious hardware-based vulnerabilities and to enhance the experience of iphone users.

Although Apple’s iOS 11.2.5 update remains in beta for iPhone, iPad, and iPod touch, but a release should be getting close now that the company’s released its sixth beta to developers and the public.
The iOS 11.2.5 update is official even though no one knows if Apple will release iOS 11.2.3 and iOS 11.2.4 before it lands for iOS 11 users.
Registered developers can download the iOS 11.2.5 beta from Apple’s Developer Center or over-the-air once the proper configuration profile has been installed from the Developer Center.
Apple in iOS 11.2.5 beta 6 introduces a new feature that lets Siri do some daily jobs like  reading news when queried about the current news.
If you activate Siri using the side button or Home button of a device, standard Apple news headlines are provided instead of the audio-based news highlights. You can also get this new features on some other apple devices running iOS 11.2.2.
It’s not made official some other new features enclosed on iOS 11.2.5, but if there are more, we will be be glad to update our post as soon as possible but we belived that these updates apple is rolling out focuses mainly on bug fixes and security improvements aside from the Siri news update.