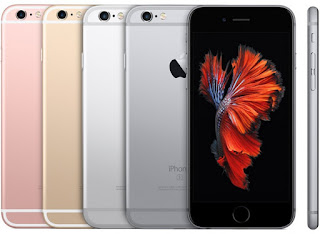 Apple, on Monday  8thJanuary 2018 released iOS 11.2.2, the ninth official update to the iOS 11 operating system.
iOS 11.2.2 comes almost one month after the release of iOS 11.2.1, another minor update, and a month after iOS 11.2, which brought brought Apple Pay Cash, faster 7.5W wireless charging, and a long list of bug fixes.
The iOS 11.2.2 update can be downloaded for free on all eligible devices over-the-air in the Settings app. To access the update, go to Settings –> General –> Software Update. 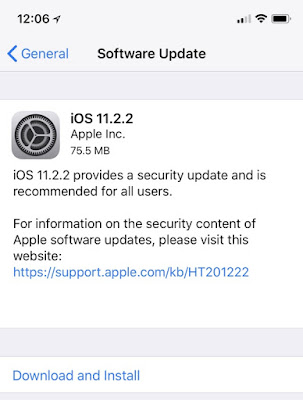 The iOS 11.2.2 includes further fixes for the “Meltdown” and “Spectre” vulnerabilities that came to light last week. Meltdown and Spectre are serious hardware-based vulnerabilities that take advantage of the speculative execution mechanism of a CPU, allowing hackers to gain access to sensitive information.
While Meltdown was addressed in the iOS 11.2 update, Apple said it would introduce a mitigation for Spectre early this week. There is no hardware fix for Spectre, so Apple is addressing the vulnerability using Safari-based software workarounds.

Available for: iPhone 5s and later, iPad Air and later, and iPod touch 6th generation
Description: iOS 11.2.2 includes security improvements to Safari and WebKit to mitigate the effects of Spectre (CVE-2017-5753 and CVE-2017-5715).
For more on iOS 11 and its updates, make sure to check out our iOS 11 roundup.