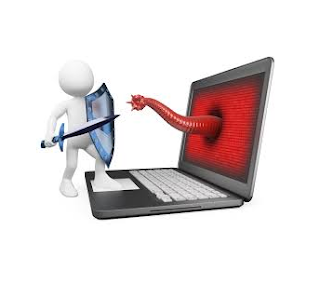 Antivirus software is an application that scans files for executable code that matches pattern, known as signatures or definitions that are known to be common to viruses. The antivirus software also monitors system for activities that are associated with virus, such as accessing the system boot sector. antivirus  software should deployed on various networks systems as well s individual computers, and the signature database and program updates should be downloaded and installed on a regular basis as well as whenever a new threat is active. Antivirus software does not actually protect against spam, but it can identify malware symptoms and can provide protections from adware and spywares.

Antivirus updates must be managed as they made available.
Antivirus engine can include enhancement, bugs fixes or new features being added to the software engine improving the manner in which the update operates. Updates can be implemented automatically or manually depending on the software. Automatic updating refers to software that periodically downloads and applies without user intervention, whereas manual updating refer to software the user must be involved to either initiate the update, download the updates or at least approve installation of the update.
Anti-spyware software is specifically designed to protect system against attacks. Some antivirus packages include protection against adware and spyware, but in most cases it is necessary to maintain anti-spyware protection in addition to anti-virus protection. Some example of anti-spyware protections you may need might include Webroot’s spy Sweeper and STOP zilla Anti-spyware. Some of the antivirus software applications installed in a mobile include also BullGuard mobile security, Kaspersky mobile security, ESET mobile security, Lookup premium, and Trend micro mobile security.
Most security software that are created in the past few years, provide general, all-round anti-malware protection. There are many complex and harmful threats that can find their way into your digital devices. Having good anti-malware installed will help protect your system a long way and also other systems you might not connect to from becoming infected through any malware you encounter.
Firewall
A firewall is a software program or even a hardware device that protects network from unauthorized access by blocking outgoing and incoming unsolicited traffics. Firewalls only permit access to outgoing an incoming traffics that are legitimately permitted by the network administrator. This software is used to determine the source of traffic  and then use it complex nature to filter algorithms and analyses incoming network data base on the destination, source address , port numbers and data types.
There are basically two types of firewalls.
Host or personal firewalls installed on a single computer and are used to secure most home and computers.
Network base firewalls are dedicated hardware/ software combinations that protects all the computers on the network behind the firewall.
Software firewalls
Software firewalls can be useful for small home offices and business. The firewall provides many features that can be configured to suit various network computing needs. Some of these features include:
Enabling and disabling security on certain ports.
Inbound and out bond filtering
Reporting and logging activities .
Malware and spyware security.
Pop blocking.
Port assigning, forwarding and triggering.
Windows firewall configurations
Window firewall is a software based firewall that is included with all current windows operating system client and server version. You can configure your window firewall by using the windows firewall program in control panel or through group policy settings. Although almost all version of will provide a wizard. You can equally use windows firewall with advance security consoles to monitor the rules in the flow of information to and fro from the system specify new rules, modify existing rules, or even in deleting rules. For more information you can refer to your windows firewall entries in the HELP AND SUPPORT CENTER, and the windows firewall technical reference on the Microsoft Technet website.
I hope this post have being of a good information for you, and I will like to thank you for stopping by.